Discover this hidden gem for yourself as you travel 2 km (1.2 mi.) alongside the Shiktehawk stream.Bridges and steps have been constructed in steeper areas and over tributary brooks. It is perfect for hiking and mountain biking, snowshoeing or a casual walk.The trail showcases many species of trees and plants making it a nature-lovers paradise with year-round enjoyment for all. A covered picnic table is provided at the trail head. Remember if you pack it in, pack it out.The trail was developed in 1997 under the Rural Experience Program. The Maliseet and Mikmaq Indians were among the first settlers to this area. Native lore suggests that the stream was named after a battle between the two tribes. The chief of the Maliseet tribe, being the winner of the battle, called the stream Shiktehawk, which means "where he killed him". 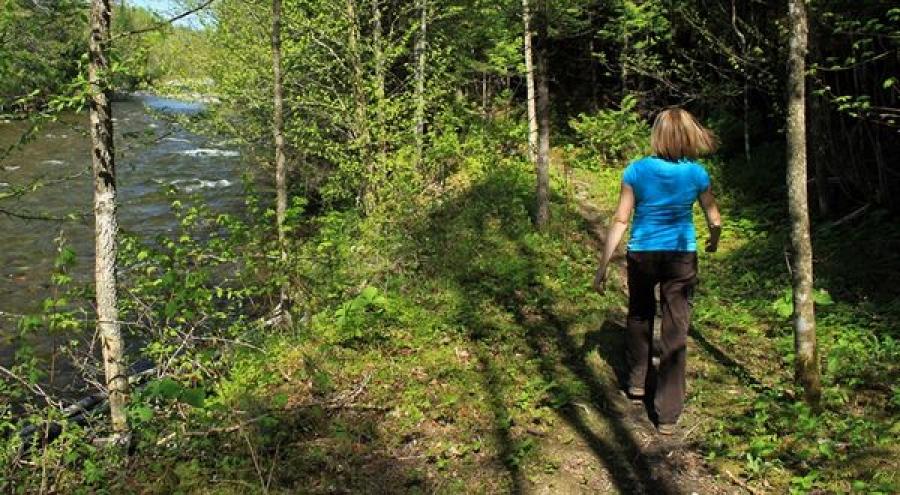