Cross over a century of time

Get ready to be whisked away to a simpler time—New Brunswick’s covered bridges are living records of times past. A covered bridge is a timber-truss bridge with a roof and siding. These coverings extend the bridge’s lifespan by shielding it from the worst the Canadian winter can throw at it, and they were once an integral part of life in New Brunswick communities. You can still find these structures in most areas of the province – nearly 60 of them – but Kings County, in the Sussex area, is the Covered Bridge Capital of Atlantic Canada.

Located in Hartland in the Saint John River Valley, this 390-metre (1,282-ft.) long bridge opened in 1901. Lighting was installed in 1924 and a side walkway was added to the bridge in 1945. There's a visitor information centre within walking distance of the bridge.

In September 2022, the Village of St. Martins’ original Vaughan Creek Covered Bridge was replaced by a brand new two-lane wooden covered bridge—the only double-barreled covered bridge in New Brunswick and one of a few in North America.

Covered bridges in New Brunswick are known as “kissing bridges.” This dates back to the years of horse and wagon travel when young couples would take advantage of their privacy, stop their horse or carriage ride, and sneak in a few kisses. You might say these structures still have a certain “romance” to them even today. So don’t be surprised if you find yourself harkening back to the old days as you venture across.

Covered bridges are often located off the beaten path, on secluded country roads. Take a nostalgic road trip to find them and you’ll be treated to beautiful sceneries and hidden treasures along the way. 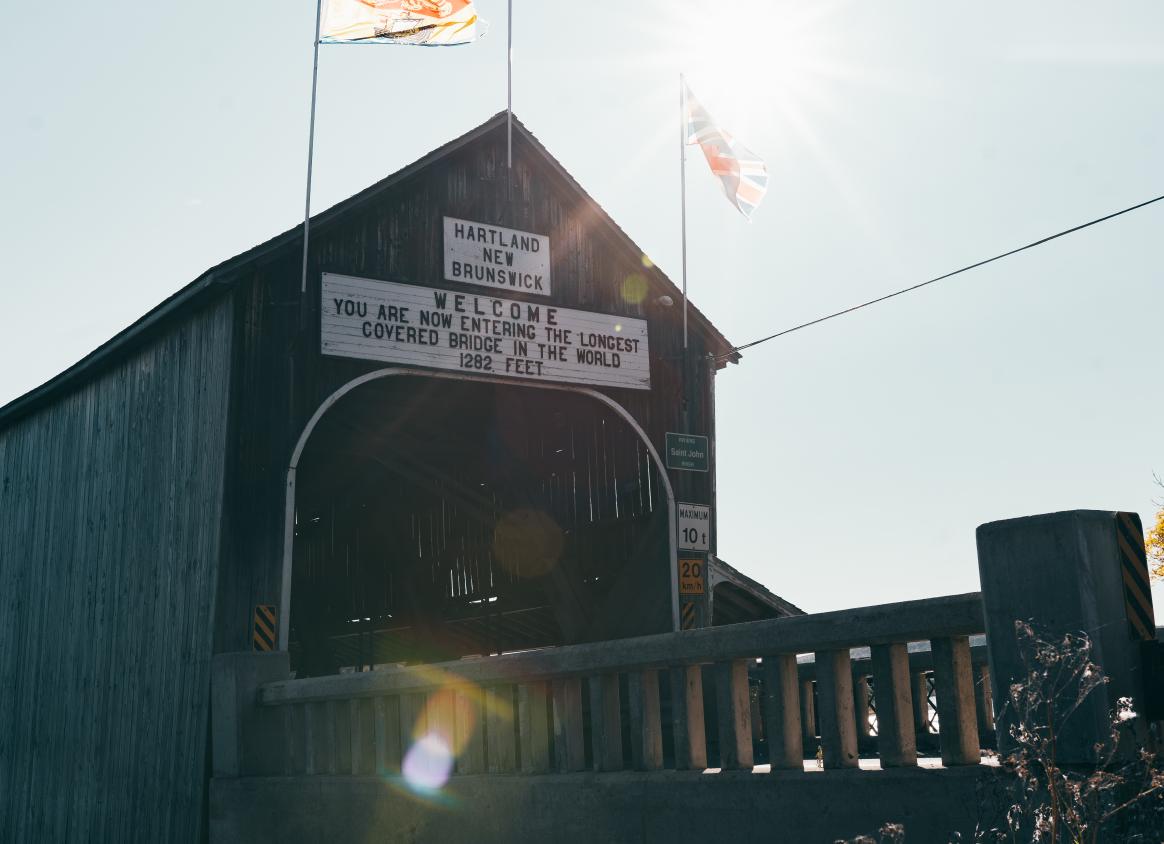 Covered bridges: New Brunswick’s iconic link from past to present