New Brunswick's only two-lane covered bridge was built in 2022 on the same alignment as the original 1935, 22 m (72 ft.) Vaughan Creek covered brige, which served as the primary link between St. Martins and what is now the Fundy Trail Parkway.

The new 32 m (105 ft.) long bridge is one of North America's rare double-barreled covered bridges, and includes a pedestrian walkway. Its design resembles the traditional style of New Brunswick’s covered bridges while taking into account today’s operational needs and accommodating larger vehicles and buses. The main façade is made of the same materials as the original bridge: hemlock and cedar from Norton. Part of the original façade was salvaged and donated to the Village of St. Martins. 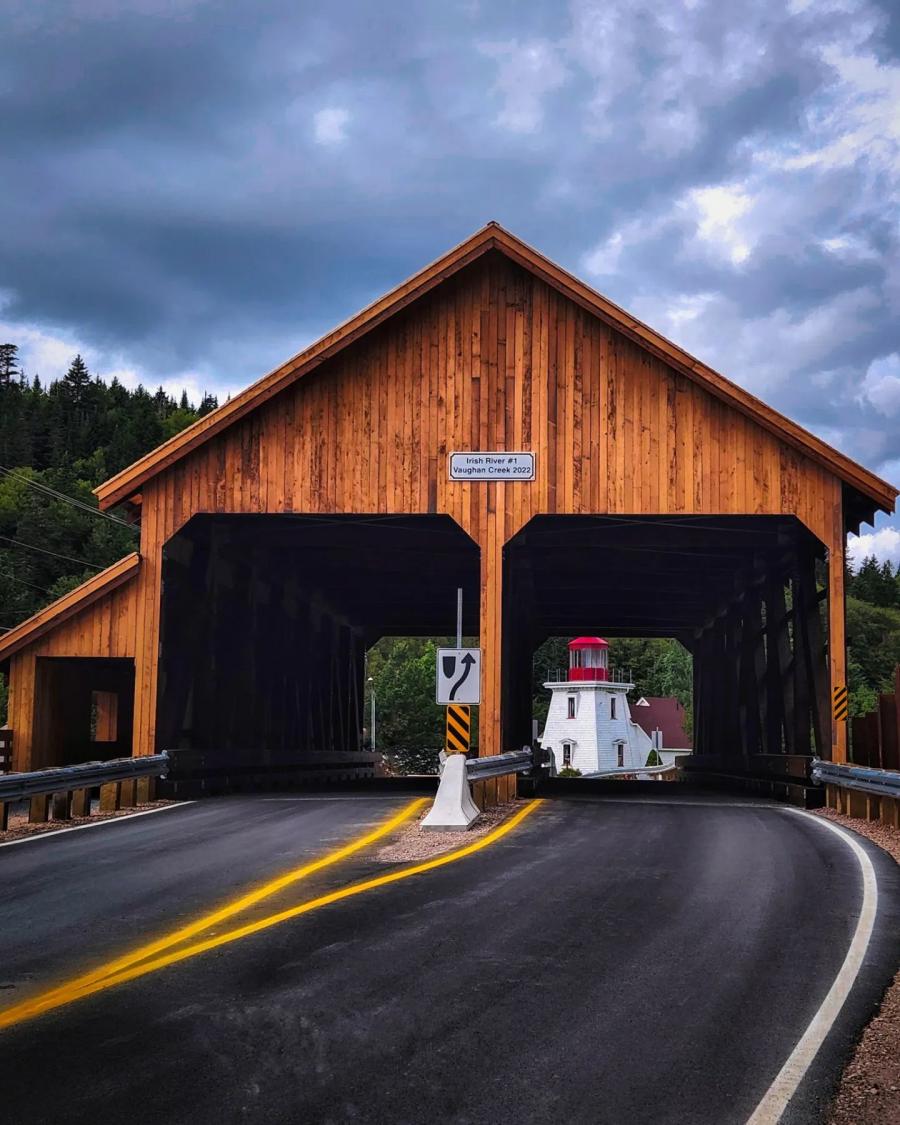 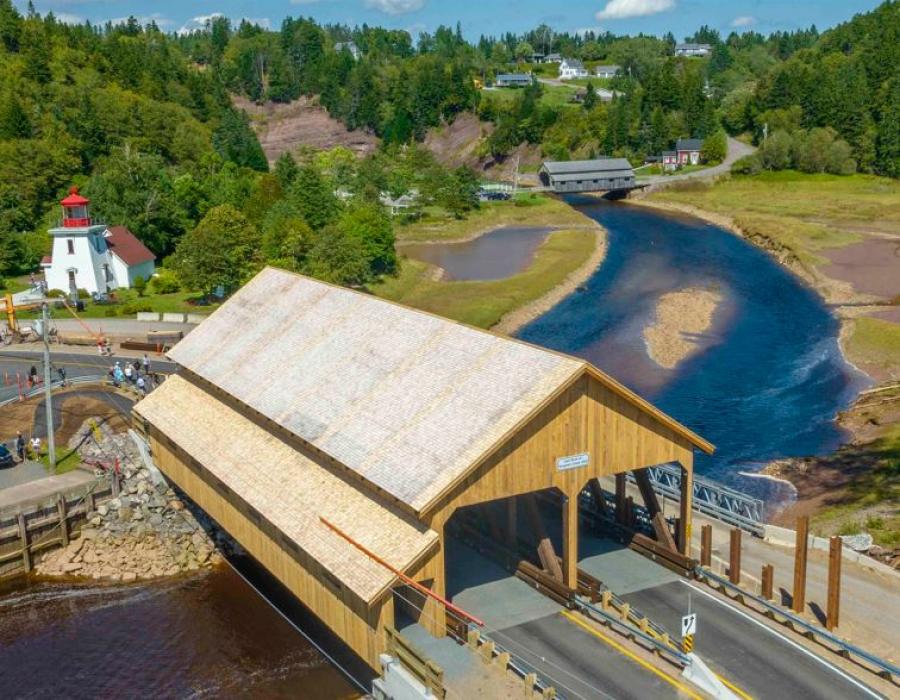 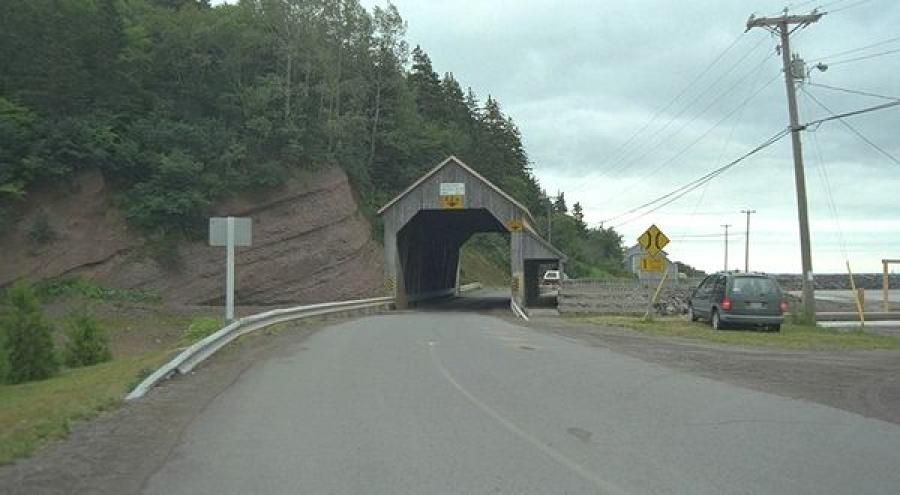