Soothing. Intense. And everything in between.

When out hiking a trail, there’s nothing like the sense of discovery when you stumble upon a waterfall. It often starts with hearing it. And as you get closer your curiosity is rewarded. Spying a waterfall is always a refreshing surprise during a long hike. Waterfalls are not only beautiful and mesmerizing to watch, but the crashing waterfall creates a constant white noise that’s incredibly soothing. New Brunswick is home to over a thousand waterfalls—some remote, some very accessible. All of them sensory wonders. Here are a few of the most notable—and powerful.

The province’s highest waterfall at an impressive 33 m (100 ft.) high. To get up close, enjoy an easy walk down a road to the Miramichi River, followed by a moderate hike up a short trail along the stream to the falls. There is an access fee due at a gatehouse en route to the falls.

In Grand Falls, the calm and winding Saint John River abruptly falls from a height of 23 metres (75 ft.) into a deep gorge that is 1.5-km (1 mi.) long. Access to the waterfall is seasonal, but the gorge is spectacular year-round—with a walking trail and 401 steps to the bottom of the gorge. Enjoy incredible views from various lookouts and an interpretive centre at the Malabeam Information Centre.

In the city of Saint John, a unique natural phenomenon is created by the collision of the powerful tides of the Bay of Fundy and the mighty Saint John River.

Called “the grand canyon of New Brunswick”, Walton Glen is a high waterfall on sheer rock walls. It’s visible from a lookout at the edge of a cliff, and accessible via a short trail in the Fundy Trail Parkway.

Discover a series of large rapids on the Nepisiguit River, near the Pabineau First Nation. 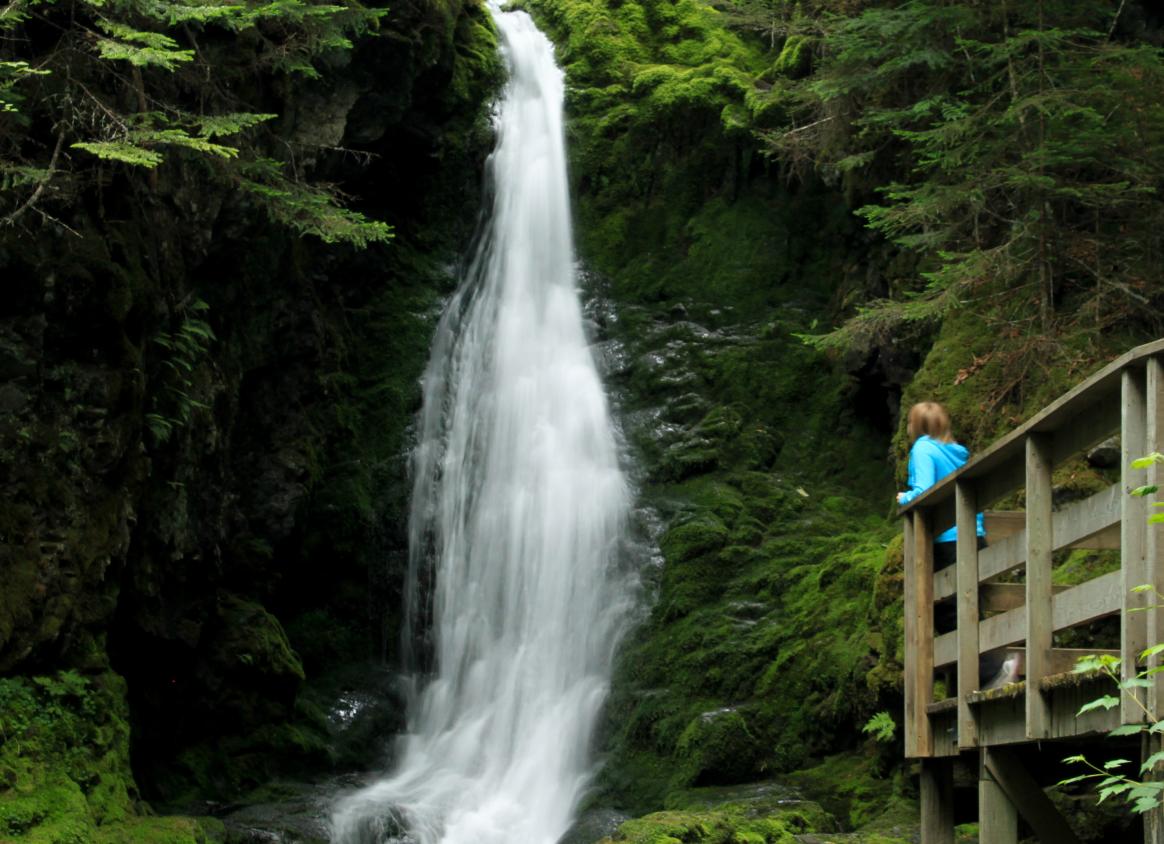