Declared a National Historic Site in 1980, and a Provincial Historic Site in 1999, the Longest Covered Bridge in the World is, like all covered bridges in New Brunswick, a “kissing bridge.” Kissing bridges date back to the years of horse and wagon traffic, when young men “trained” their horses to stop about half way across the bridge, wait while the couple shared a couple of kisses, and then continue to the other side of the bridge. The bridge was covered in 1921-22, to considerable opposition and concern, and sermons were even preached in the area, cautioning how a “covered” bridge would destroy the morals of the young people. However, the bridge was covered anyway. For some years after, snow had to be hauled each winter and placed on the bridge floor to allow horses and sleds to travel across it. This 390-m (1,282-ft.) bridge officially opened on July 4, 1901 and was purchased by the government of New Brunswick in 1906. Lighting was installed in 1924 and a side walkway was added to the bridge in 1945. It has suffered some incidents over the years, but it continues on, roadworthy and dependable. When constructed, it was an engineering wonder, much as the Confederation Bridge across the Westmorland Strait is today. In 1987 the Olympic Torch for the 1988 Winter Olympics made its way across this bridge and in 1995 a Canadian postage stamp was issued honouring the bridge. 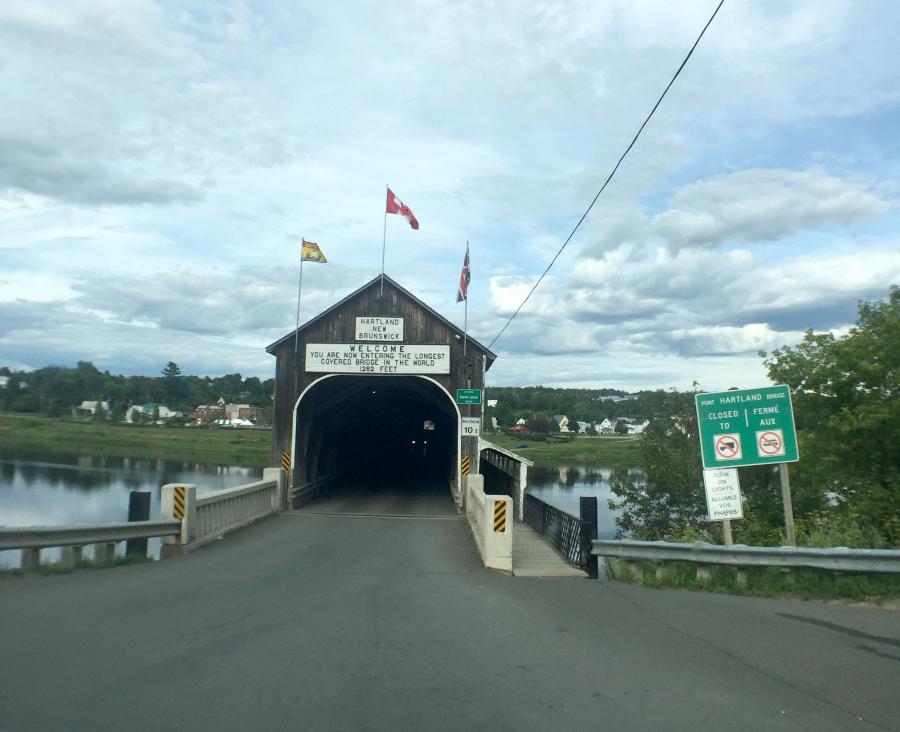