NATIONAL HISTORIC SITE AND PROVINCIAL HERITAGE PLACE This building had been a hospital and a barracks for World War I soldiers, and for more than 50 years it housed RCMP headquarters. Today, it has been restored and returned to its former glory and is once more in use as the official residence of New Brunswick's Lieutenant-Governor. With soaring ceilings and intricate mouldings in the Palladian style, Government House is said to be one of the best examples of Georgian architecture in Atlantic Canada. This attraction was built between 1826 and 1828, designed by John Woolford, the man responsible for the Old Arts Building on the campus of the University of New Brunswick and the York County Jail. This magnificent structure sits on the banks of the Saint John River, once the location of the 17th-century Acadian settlement of Sainte-Anne. Nearby is an early burial ground where both Wolastoquewiyik (Maliseet) and Acadian people are buried. Guided tours offer visitors a glimpse of New Brunswick's past, present and future. The building contains original furnishings and artifacts, the historic and current offices of the Lieutenant-Governor and interpretive displays. Take time to browse the modern art gallery. Government House is the most public vice-regal residence in Canada, with more than 400 events held here each year. 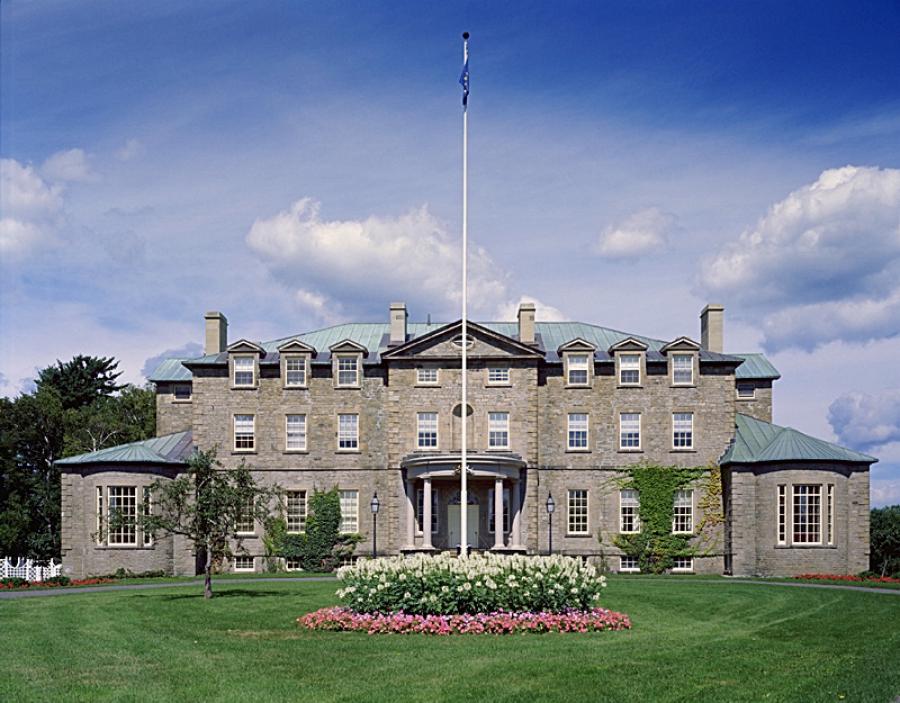