We look forward to safely welcoming you. Please visit this page before planning your trip and contact each business directly to check their hours and offerings.

Stretching 16 km (10 mi.) from east to west, the picturesque village of Balmoral is New Brunswick's longest village. A wooded paradise of hunting, fishing, wilderness camping, snowmobiling and ATVing, with a number of easily accessible and groomed trails, the village of Balmoral is also the home of Camp Boulo Richelieu, a children's camp that operates for 6 weeks during the summer, offering a variety of themed programs. Known for its entrepreneurial spirit, the village has an abundance shopping, with more than 60 small- and medium-sized, well-established businesses. Balmoral's ideally located industrial park is spread over 121 ha (300 acres). The village also has a volunteer fire brigade to ensure the safety of its citizens. Balmoral was established around 1850, with the official registration of the first plot of land for the family of Joseph, known as Justin Drapeau. Settlement continued over the years, with the addition of many Acadian families. Around 1873, the region saw the arrival of the first English and Scottish immigrants, and it was these settlers who gave Balmoral its name, in honour of the British royal family's Scottish castle. Forestry and agriculture played an important role in the economic activity of Balmoral. The village's 15 volunteer organizations demonstrate the community's dynamic spirit, with such social activities such as the Sunday breakfasts and the Trout Festival held annually in early June. Many local, regional and provincial sports activities are also enjoyed in Balmoral, which has been host to the Acadian Seniors Games finals in 2012. 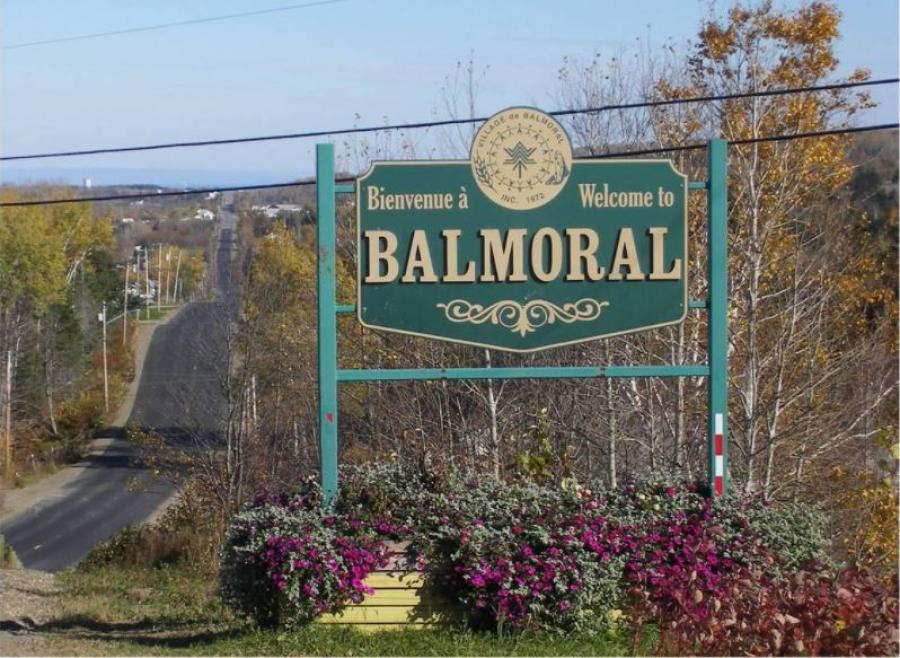