The Cape Enrage Fossil Beach is more than 7 km (4 mi.) long. It traces its way along the base of the 46-m (150-ft.) cliffs of Barn Marsh Island. It runs from the sandy shores of Barn Marsh Beach, which is just off Cape Enrage road, around the lighthouse point, across the ocean floor and out to Brae Beach, an ancient Acadian dyke. You can spend hours walking this tidal beach, hunting for fossils in the rock shale of this rough terrain. Make sure to check the tide table before venturing too far, and plan to be off the beach two hours before high tide. Cast your gaze out over the Bay of Fundy and you may see porpoises as well as an abundance of other sea wildlife, and a bird observatory, where you can view birds such as Eider ducks, Blue herons, sandpipers, loons, mergansers, songbirds and even the occasional seal. Listed in Canadian Geographic Magazine as one of the top 25 beaches in Canada, and one of the top three in New Brunswick. The Cape Enrage site has also been listed in Frommer's Guide as "Best View in Canada." 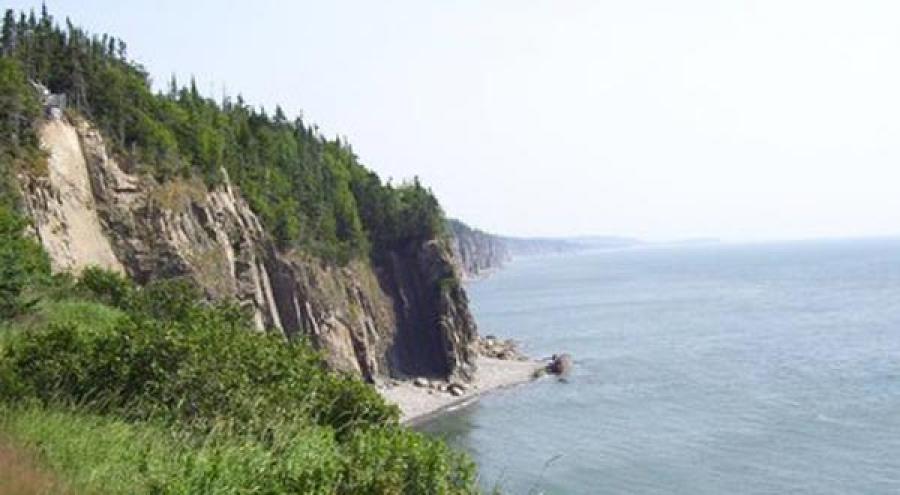