This is one of the largest and most diverse areas of the St. John River flood plain. Located within a maze of oxbows, tributaries and backwaters of the Kennebecasis River, it is a haven for migrating and breeding waterfowl, other marsh birds, songbirds and birds of prey. In addition to being a prime location for birding, the marsh also offers excellent opportunity for photography, recreational boating, canoeing and kayaking. The Dutch Point Park Trail System along with the Trans Canada Trail system provide lookout sites and interpretation areas.

The wetlands are used by various ducks as well as osprey, Great Blue herons, bitterns, rails, a variety of songbirds, and over 50 species have been identified and can be found in the marshes and surrounding habitats. Fish such as Chain pickerel, Yellow perch, Smallmouth bass and sturgeon attract hundreds of anglers to the waters each year. Commercial fishermen catch gaspereau and American eel. Atlantic salmon and Sea-Run Brook-trout migrate through the marsh system on their way to spawning grounds.

Plants such as wild rice, arrowhead and Burr reed provide food for wildlife. Alders, willows and larger hardwoods such as Silver maple and Black ash provide nesting areas, food and escape cover. Muskrats are the most obvious mammals in the marshes. In the fall their mounds or lodges can be seen throughout the wetlands. Other mammals using the wetlands include deer, moose, fox, otter, raccoons, beaver, voles, mice and bats.

The wetlands of the Hampton area provide many recreational opportunities to local residents and tourists, including wildlife-viewing, hunting and fishing. The rivers, lakes and marshes provide boating and canoeing with public access and boat launch at Lighthouse Park. During the winter the marshes are used for cross-country skiing and ice skating. 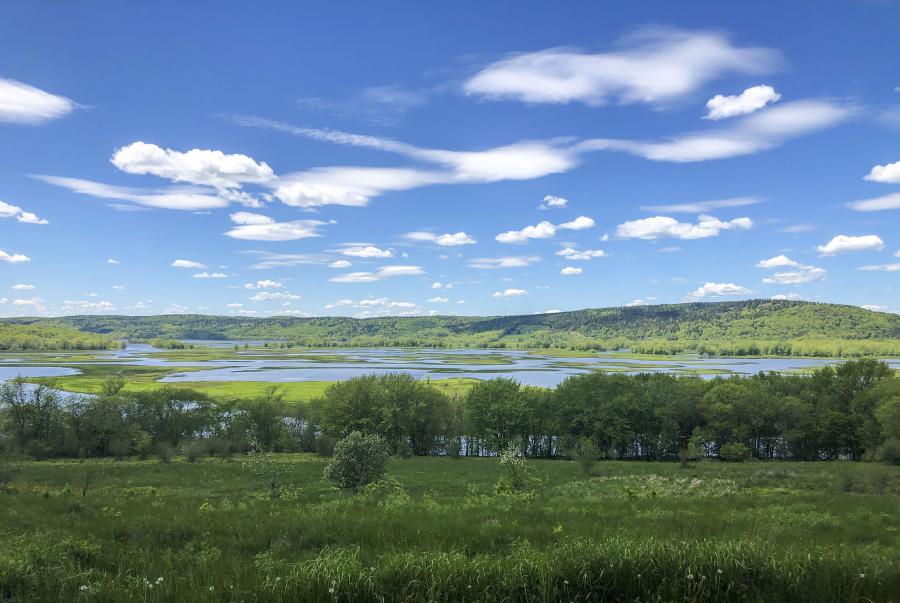