We look forward to safely welcoming you. Please visit this page before planning your trip and contact each business directly to check their hours, offerings and COVID-19 requirements.

Watch clouds of birds perform an aerial ballet! Johnson's Mills is one of the most critical feeding and resting sites for the more then two million shorebirds that fly through the Bay of Fundy on their fall migration from the Canadian Arctic to South America. Approximately half of the world's population of semipalmated sandpipers feed on the nutrient rich mudflats at Johnson's Mills during the peak migration (mid August); flocks can contain hundreds of thousands of birds. The best time to see the birds is from two hours before, to two hours after, high tide. Managed by the country's leading environmental charity, Nature Conservancy of Canada, the Johnson's Mills Shorebird Interpretive Centre is located just 8 km (5 mi.) from the Village of Dorchester and is open seasonally each year. Come and learn about the migratory shorebirds that love to visit New Brunswick! 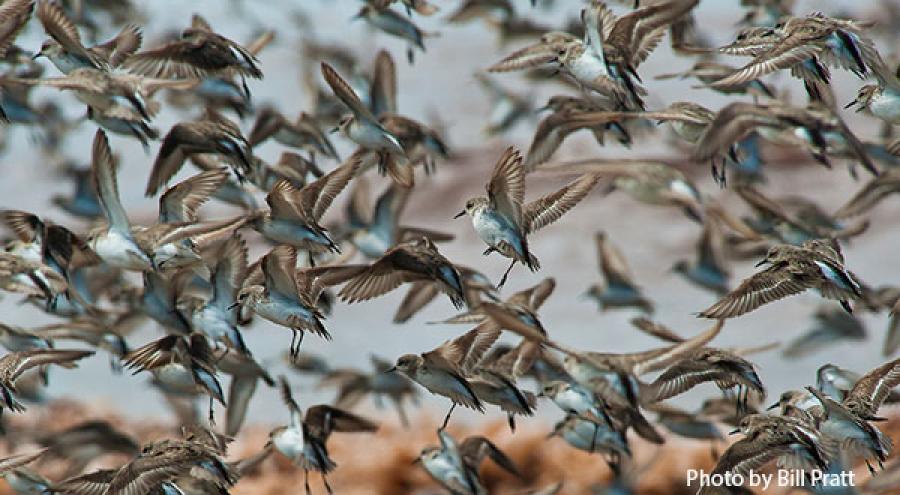