Ministers Island is an enchanting place to visit. Lying just off the shore near Saint Andrews, this 500-acre (202-ha) island is only a part-time island. It can be reached at low tide by driving or walking approximately 1 km (0.5 mi.) over the seafloor.

Once there, you are immersed in an experience from the late 19th and early 20th century— the summer estate of Sir William Van Horne, the president and driving force behind the Canadian Pacific Railway. Time stands still, and you’re swept up in an atmosphere that makes you forget all about your everyday life.

Wander through the 50-room ’cottage’, Covenhoven, where the family stayed from June to October. With 17 bedrooms, 11 fireplaces and 11 bathrooms you can imagine social gatherings in this house.

Still standing on the island is the gigantic livestock barn which was home to Van Horne’s thoroughbred horses and prized herd of Dutch Belted Cattle. It also housed a huge hay loft and a creamery where white-coated workers prepared the milk and butter. Even when Sir William was living in Montreal, fresh milk, butter, fruits and vegetables were sent by rail from the end of the bar to be enjoyed by him the next morning. There were also heated greenhouses where mushrooms, exotic plants, peach trees and grapevines were grown.

The windmill, by the big house, with the help of kerosene-fired engines, provided running water to the residence from a huge underground storage tank.

On an island at the turn of the century, the Van Horne enjoyed many of the conveniences we have today and were almost self-sufficient. There are over 20 km of walking, biking, snowshoeing original heritage trails to be explored on this beautiful island. 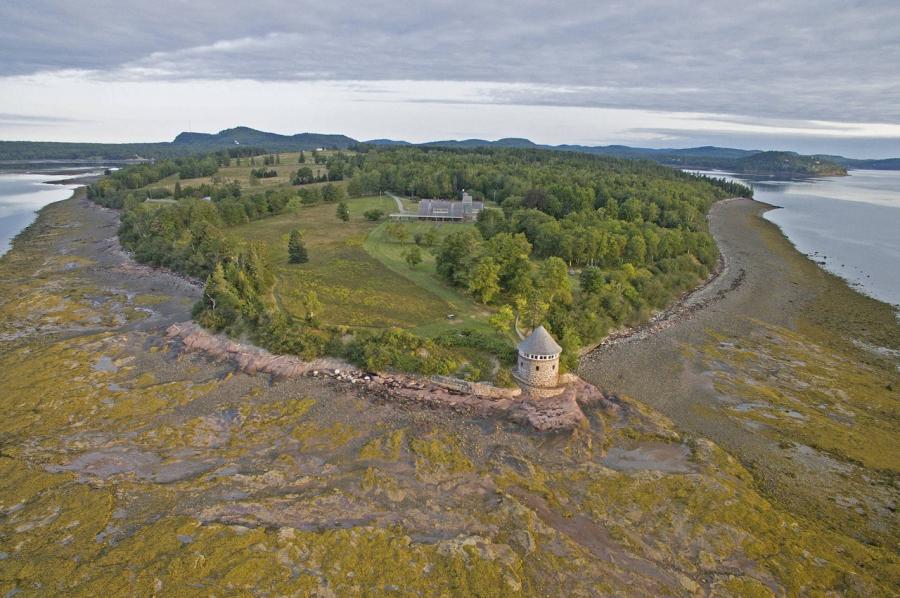