The New Brunswick Aquarium and Marine Centre lighthouse was built in 1869 on Portage Island, at the entrance of the Miramichi River, exactly 6 km (4 mi.) from the coast of the village of Burnt Church. The New Brunswick Aquarium and Marine Centre acquired the lighthouse in 1986 and relocated it on the premises of the Marine Centre. It was dismounted piece-by-piece, transported by boat to Burnt Church, and then on to the New Brunswick Aquarium and Marine Centre.After construction in 1869, this lighthouse was equipped with a kerosene lamp until the 1950s, after which a battery-powered electric lamp was installed. Twelve-and-a-half m (43 ft.) in height, it stands four floors high, three floors of which are wood, with a cast-iron cupola. This lighthouse had a keeper until 1960, but after the arrival of modern equipment, it was no longer necessary. According to historic documents, the keepers of the lighthouse were: George Davidson, Hugh Murray, Duncan Robertson, James Stymest, Peter Morrison, Jr., J.W. Gratton, Thomas LeBreton and Venance Savoy. Although no longer used for navigation purposes, it is preserved as it stood on Portage Island. Experienced in restoration work, Mr. Donald Boudreau, of the Village Historique Acadien, led the relocation project for the lighthouse. This lighthouse is not open for access to the interior, but can be viewed from outside. 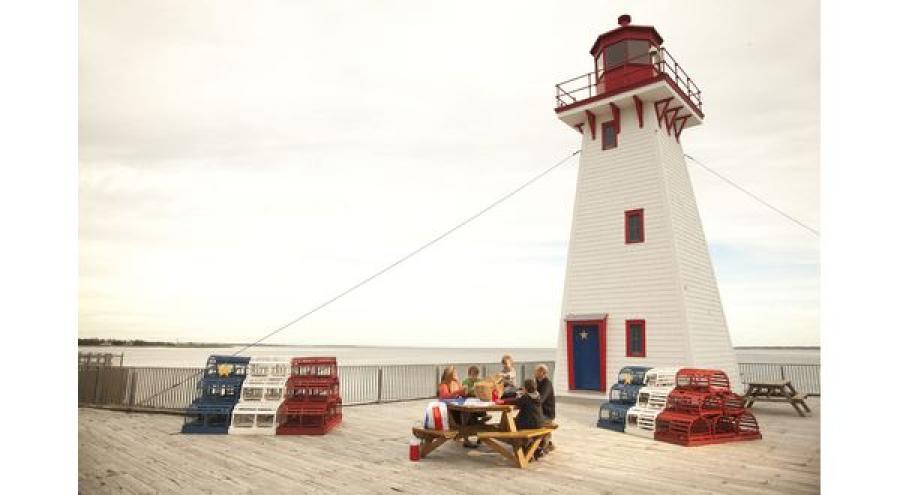