Sharing the TreasureThe view of the Bay of Fundy from your room is breathtaking. That little island just off to your right, way out on the horizon, is Isle Haute. In the late 1700s, British war ships chased the infamous pirate, Ned Low, into the bay, and some people believe he buried treasure there. In 1952, an American treasure hunter actually found Spanish and Portuguese coins on the island — coins that were well over 200 years old.It’s a long way from the power centre of Canada’s corporate culture in Toronto to the mist-shrouded shores of the Bay of Fundy. But it’s a journey that David and Karen Casey, the proprietors of the Parkland Village Inn in Alma, New Brunswick, know well.“About 15 years ago, we came down to Moncton for our son’s wedding and drove over to Alma to buy lobsters,” says David, who was then the senior vice-president of Barclays Bank. “That’s when we discovered that the Parkland was for sale.” It didn’t take long for David and Karen — also a senior banking official — to decide to buy the inn.A stay at the Parkland Village Inn is an enriching experience. Many of the 15 rooms overlook the bay, providing a remarkable seascape view. But it’s not just the rooms that are fabulous, so is the food. “Our son is a chef,” David says, “and the cuisine we serve in the Tides Restaurant reflects the bounty of the sea. Guests love the spacious convenience of the Parkland’s standard and deluxe rooms and the two-room ocean-view suites. In addition to the restaurant, the Parkland also features a seafood takeout and a wharfside patio.We found our treasure here in Alma, when we came to buy lobsters that day, and it’s a treasure we love sharing with others.” 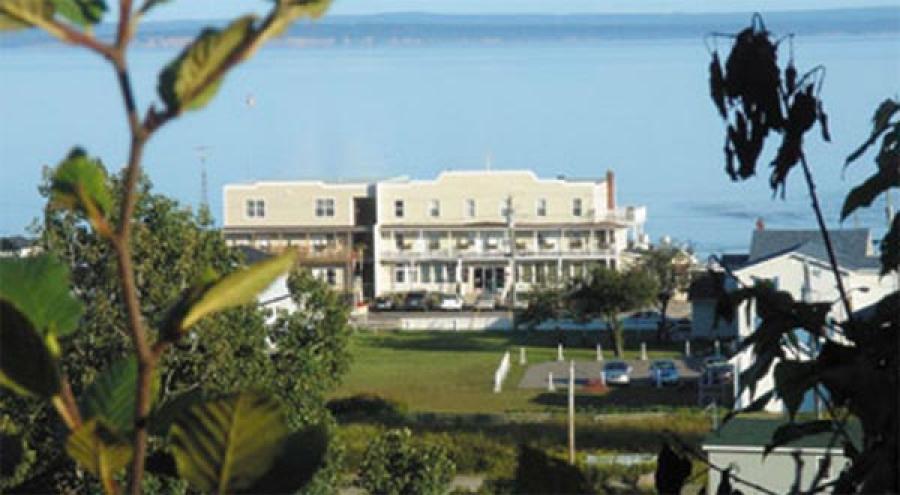