Presbyterians were among the earliest immigrants to come to North America. They settled up and down the East Coast and began moving westward into the wilderness, founding congregations along the way, as early as the 1630s. They were one of the Protestant denominations that ruled colonial life. Members of the early church were mainly Scottish, Irish and English settlers. They helped shape society and encouraged educational, missionary, evangelical and reforming work.

St. David's Presbyterian Church in Kirkland was part of this early North-American movement. The church was built by the community in the late 1800s and established in 1876. Land for the church and cemetery were donated by two local families, the Kennedys and the Carters, who once lived on each side of the property. The quaint rural cemetery at St. David's provides a quiet resting place for many of its early members as well as the generations of their families who followed.

The community of Kirkland is named after St. David's which was once referred to as ‘The Kirk.' The church is considered a landmark in the community. The size of the church building (seats 125 people) is somewhat large for a Gothic-style country church of its time. The size of the structure and the elaborate wood interior from floor to ceiling are signs of the prosperity experienced by the community in its early days. The craftsmanship of the inside woodwork speaks to the skill, time and attention that was invested in its construction.

The good condition of St. David's today in the 21st century speaks to the ongoing care and attention the church has received for 130 years. The building rests on its original rock foundation. The top of the church still carries its original steeple which can be seen for miles by travellers heading south on Route 540 in Carleton County. All of the original furniture is still in place inside the church, complete with a coal stove and a pump organ that still plays. The Union Jack still hangs in the sanctuary, a testament to the church's strong connection to the Commonwealth. 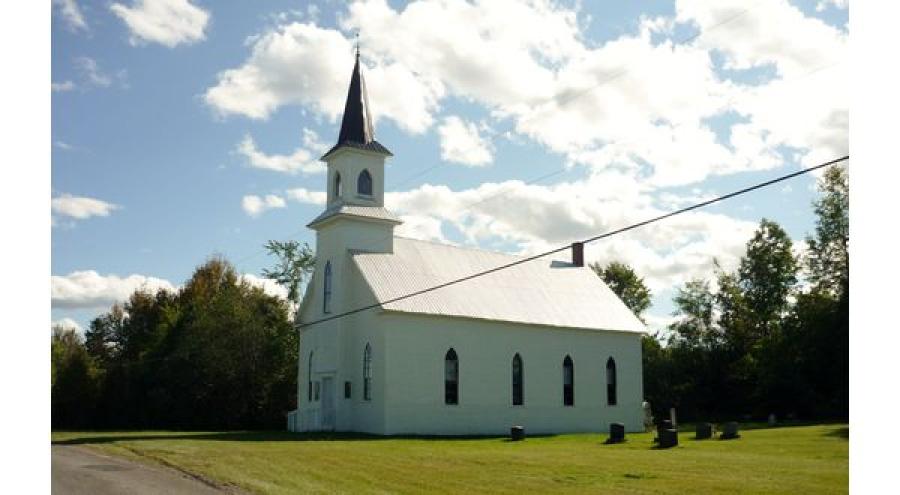