The Saint John River has been the lifeline of this town since it was established in the early 1800s. Once an important trade route for French, English and Aboriginal traders, the river today is known for leisure pursuits including fishing, canoeing, kayaking, and pleasure boating. Along its banks are roads that follow the river to neighbouring towns, with spectacular views year round. The Upper St. John River Valley Trail (part of the Trans-Canada Trail) runs through town and is used by cyclists, hikers, ATVs and snowmobiles.

Regardless of how you arrive, the covered bridge is a must-see. Known as the World's Longest Covered Bridge, this century-old bridge is 1,282 feet (390.75 m) long and was declared a National Historic Site in 1980. An engineering marvel in its time, it has a colourful history and continues to serve as part of the regularly travelled highway. The covered walkway allows you to traverse on foot, separated from the cars that cross the bridge. 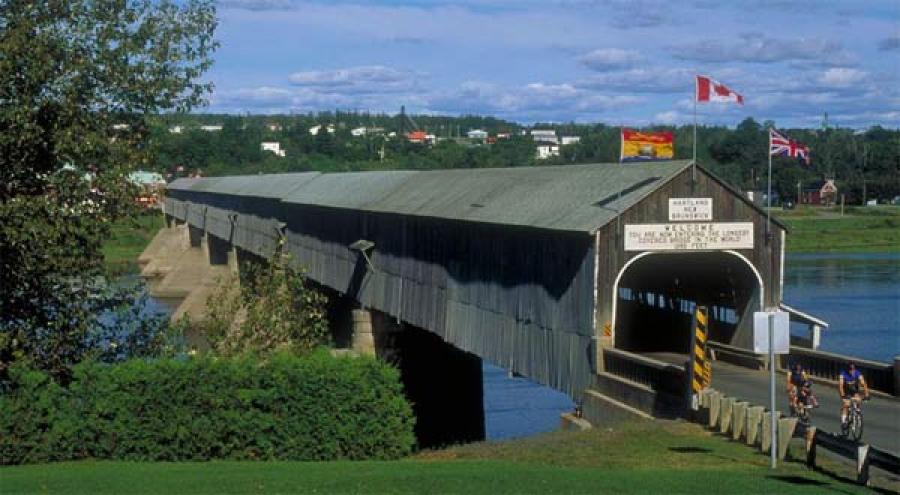