Shediac is recognized the world over as "The Lobster Capital of the World" for its lobster fishing industry. For that reason, in 1989 the Shediac Rotary Club thought it fitting to erect a monument in tribute of the delectable crustacean and promote its role in the development of our community. The late Winston Bronnum from Penobquis, New Brunswick, was commissioned to create this magnificent showpiece. The monument stands at 11 m (35 ft.) in length, 5 m (16 ft.) in width and 5 m (16 ft.) in height.

Why is it called the World's Largest Lobster? Because the sculpture weighs around 90 tonnes; the lobster alone weighs 55 tonnes while the pedestal weighs around 35 tonnes. A staircase was erected on the pedestal to allow visitors to climb up on the monument to have their pictures taken. 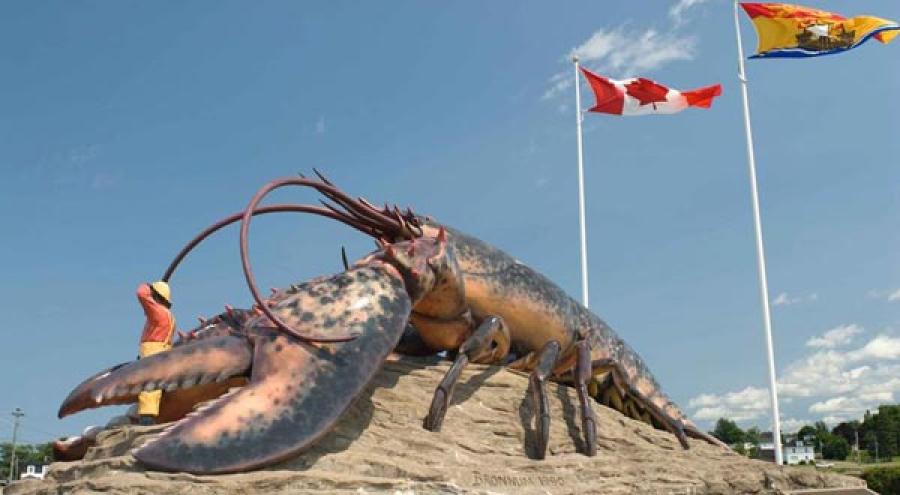 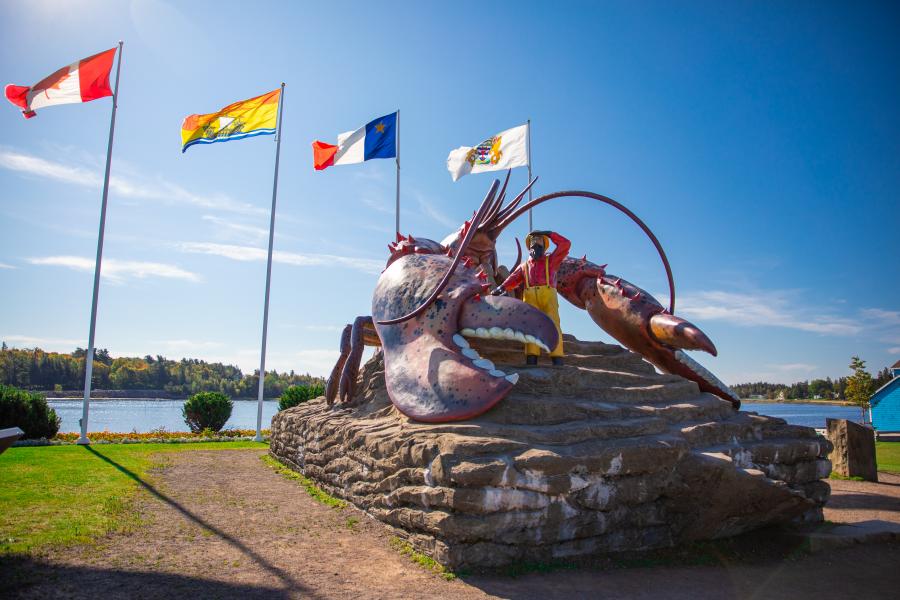