Homey, hearty, and delicious. Here’s how to get a taste of Acadie.

You’ve heard of poutine... but what about poutine râpée? New Brunswick’s Acadian community has a culture and cuisine all its own and there are some traditional dishes that every visitor should try. Acadian food is part of Canada’s French heritage, and it’s got a distinct history and flavours which are intertwined with neighbouring Québec. Centered around farmland staples like potatoes and stewed meats plus plenty of seafood, it’s hearty, homey, and delicious.

Here are 9 delicious ways (and more) to get a taste of Acadie. 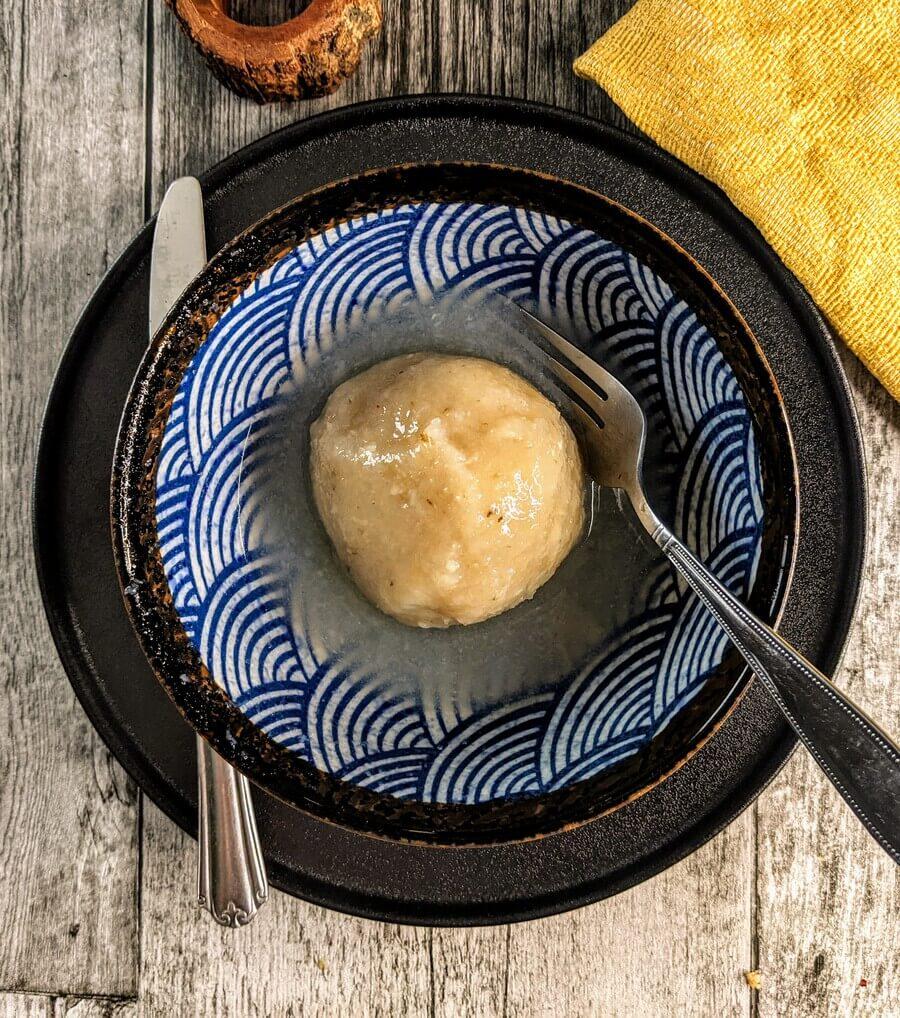 This traditional Acadian dish isn’t the fries-and-gravy poutine you might know. Instead, poutine râpée is a boiled dumpling made from both grated and mashed potato with a tasty centre of seasoned pork. Making it involves quite a few steps, and eating it requires a hearty appetite! 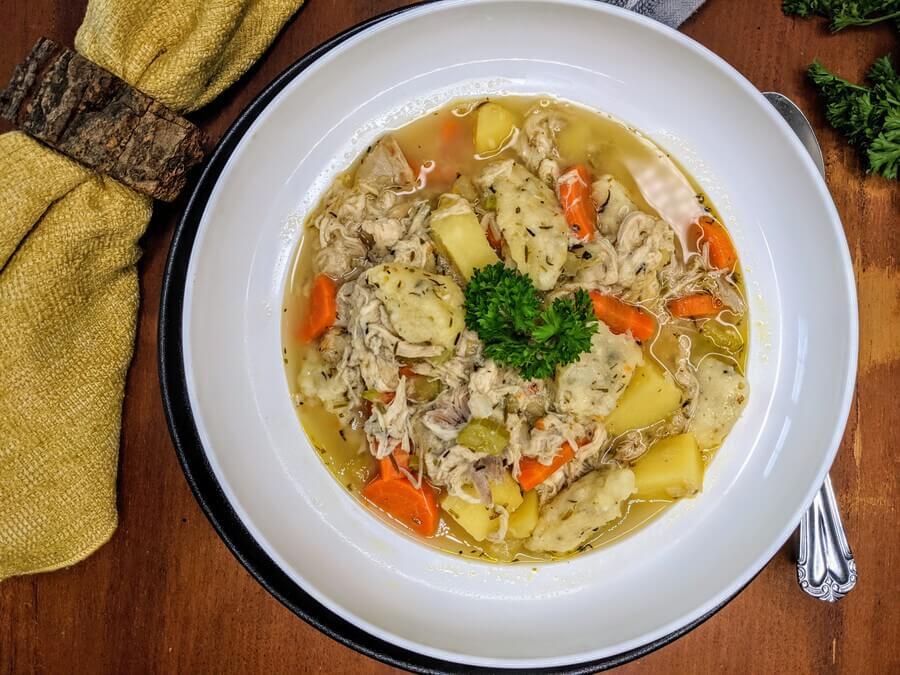 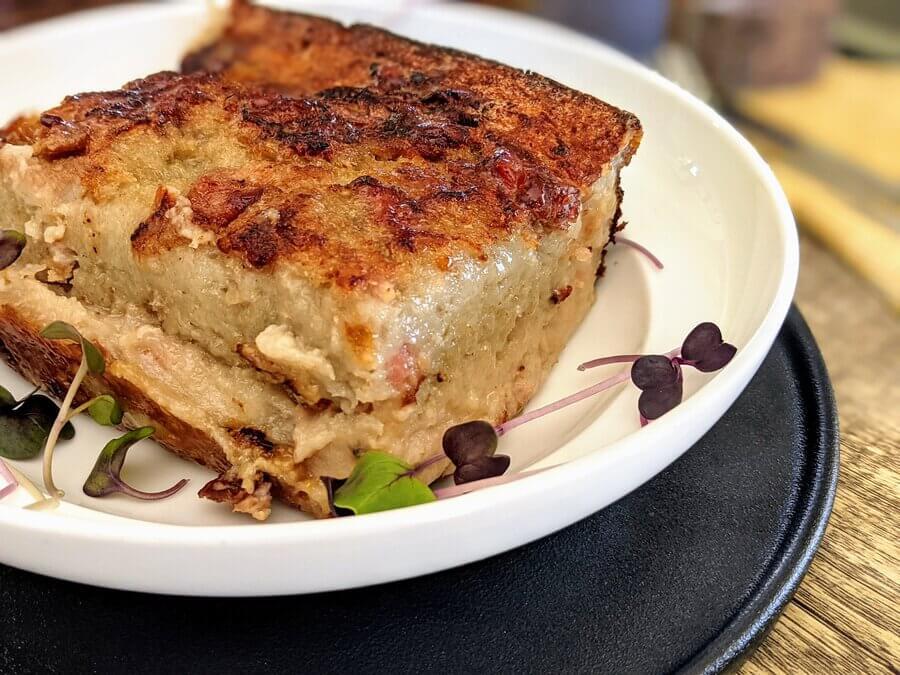 You may think “potatoes, again?” but this traditional dish (called râpure or pâté râpé in other regions of Acadie) will change that. Grated potatoes are combined with onion, meat, pork fat, salt and pepper, then poured in a casserole dish before being cooked into a golden, crispy treat. The mix can also be used to make “crêpes râpées”, a savoury potato pancake cooked on the stovetop. 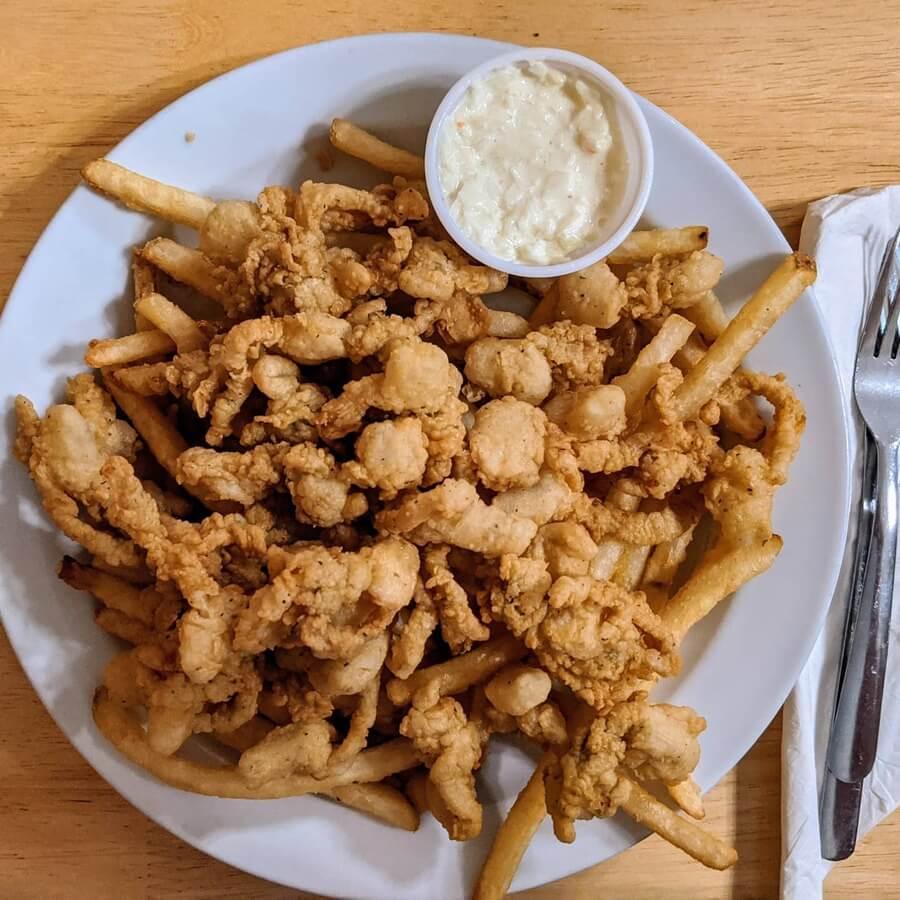 You’ll be happy as a clam when you try this dish! With New Brunswick’s abundance of fresh seafood, there’s no better place to dig in to some battered fried clams while on a road trip along the coast. 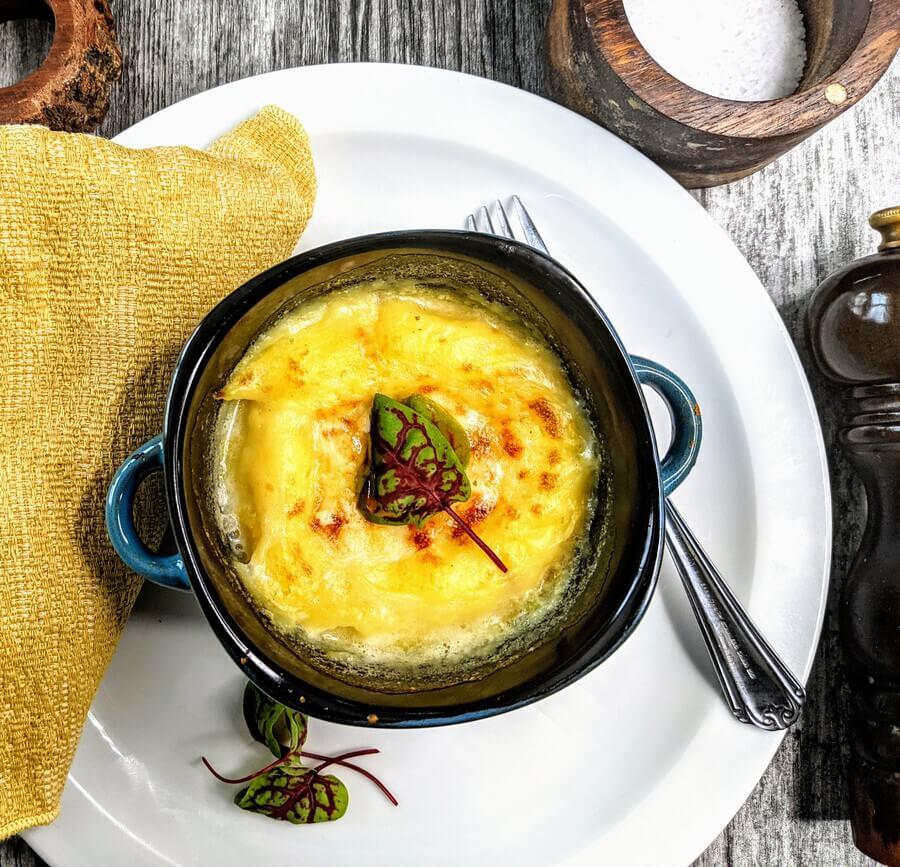 Scallops get the royal treatment in this recipe where they’re poached in a creamy wine sauce before being crowned with breadcrumbs, cheese and then browned under a broiler. 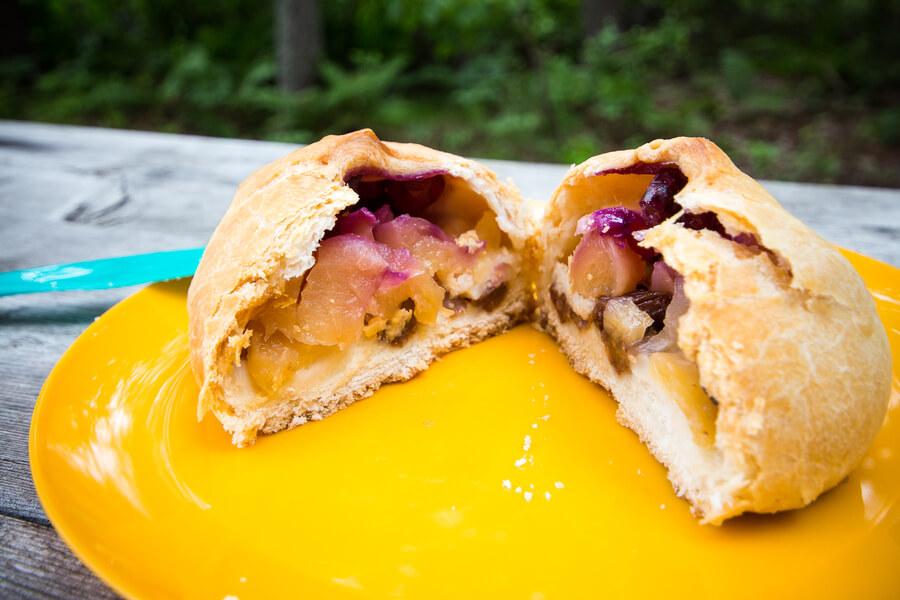 This delectable dessert bakes apples, raisins, and cranberries into a ball of pastry that gets topped with a brown sugar syrup. It’s sure to make you go mmm. 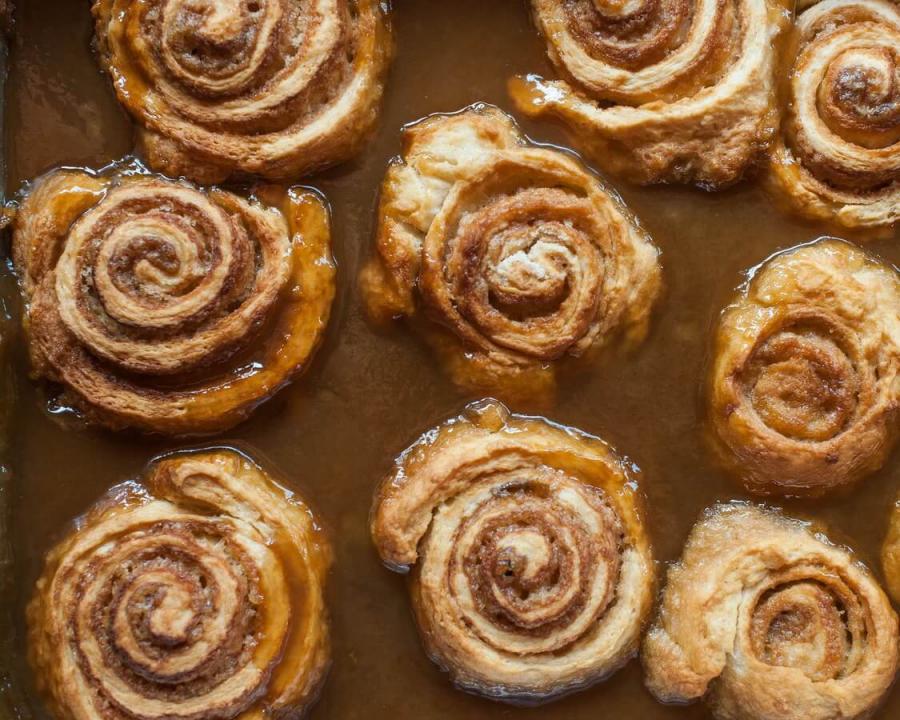 These pastries, which are cousins to the cinnamon roll or pinwheels, have been enjoyed by Acadians for generations. Fun fact about these delicious treats: their colourful French name literally translates into ‘nuns’ farts’. 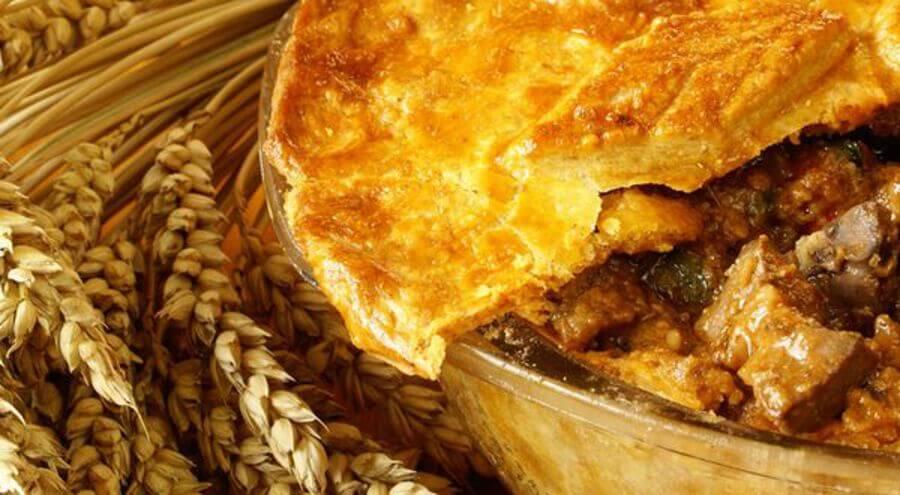 A meat lover’s dream, this casserole dish found in Madawaska, Campbellton and along the Appalachian route of New Brunswick spreads layers of venison or other meats, cube potatoes, and onions between six layers of dough. The dish is then slowly baked to bring out all the flavours. 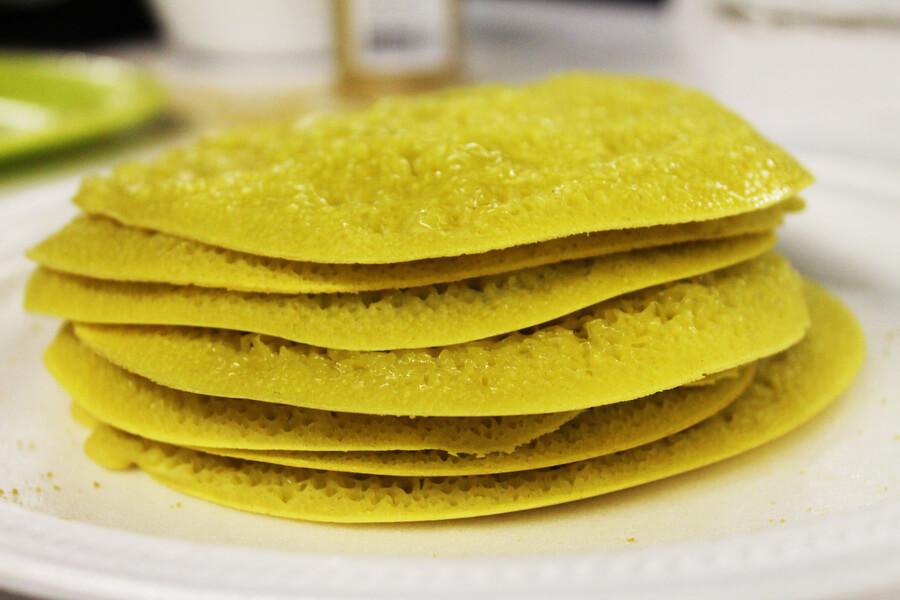 A Madawaska favourite from the northwestern corner of the province, ployes are a hearty buckwheat pancake you’ll want to butter then cover in either cretons (pork spread), maple syrup, brown sugar, or molasses before folding it up to eat. If you want to try making your own, stock up on the special ploye flour mix sold in the region’s grocery stores.

You can also head out and get at taste of Acadie here:

If you would like to cook an Acadian recipe at home, find some of them in one of those New Brunswick recipe books showcasing recipes and chefs from all over the province. 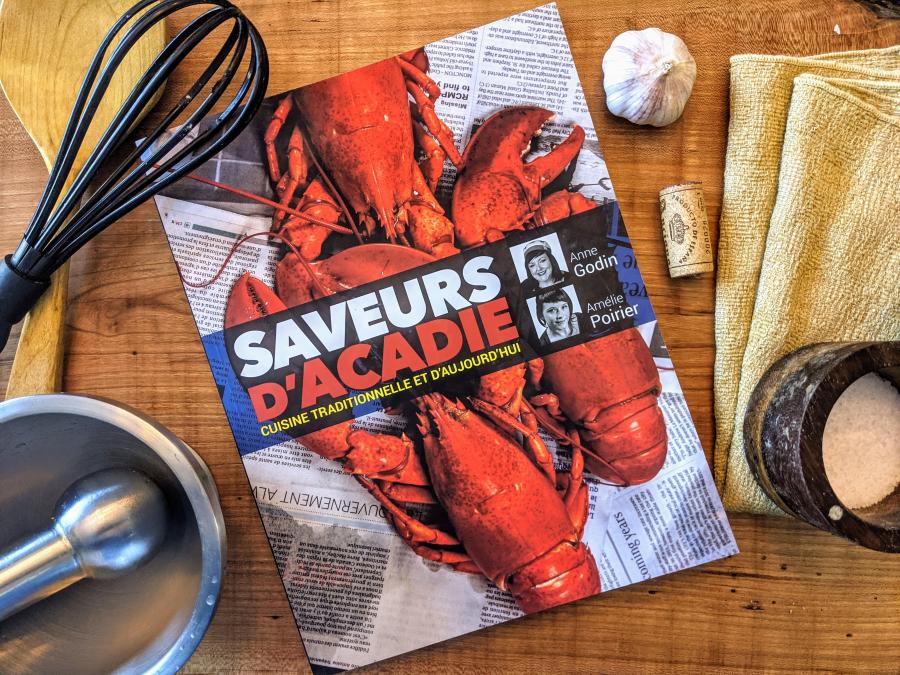 If you’re looking for a drink to go with those Acadian dishes, find some tasty craft beverages from creative microbrewers on the Acadian Coast.

Want a side of cultural immersion with your meals? Head to Village Historique Acadien to get a glimpse into how food was traditionally made in the village houses, and try traditional Acadian fare at one of the restaurants. Or book a ticket to a play, meal and entertainment by the colourful characters of Pays de la Sagouine, tour the site and try their pets de sœur recipe.

In Memramcook, visit the Acadian exhibit at Monument-Lefebvre National Historic Site and grab a coffee and a treat at their Cultural Café. Five minutes from there, get a taste of the past at the Wood Chef Bakery: Boulangerie Pain du Collège with wood-fired breads still prepared according to a hundred-year-old recipe used at the old Collège Saint-Joseph. 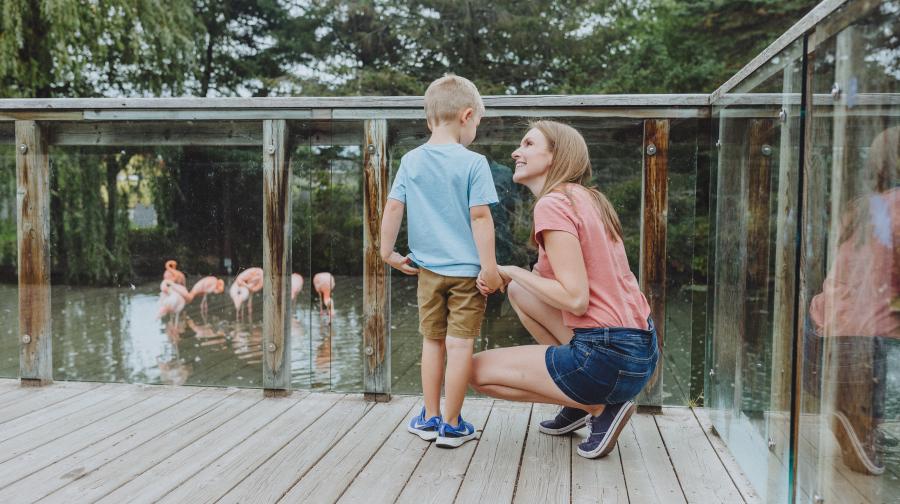 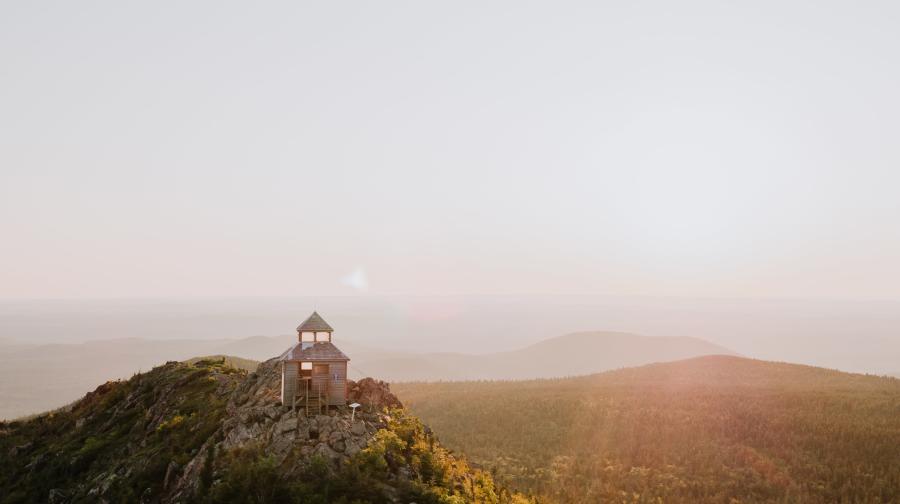 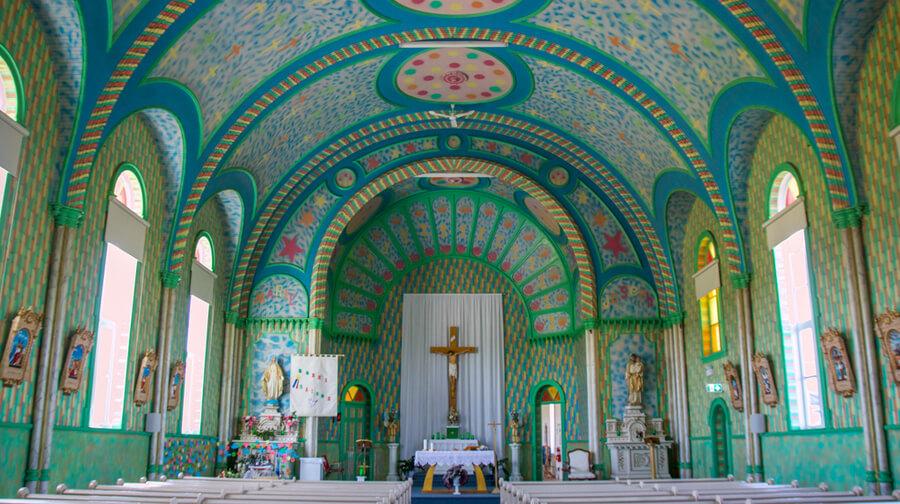 4 Fabulous Days on the Acadian Peninsula